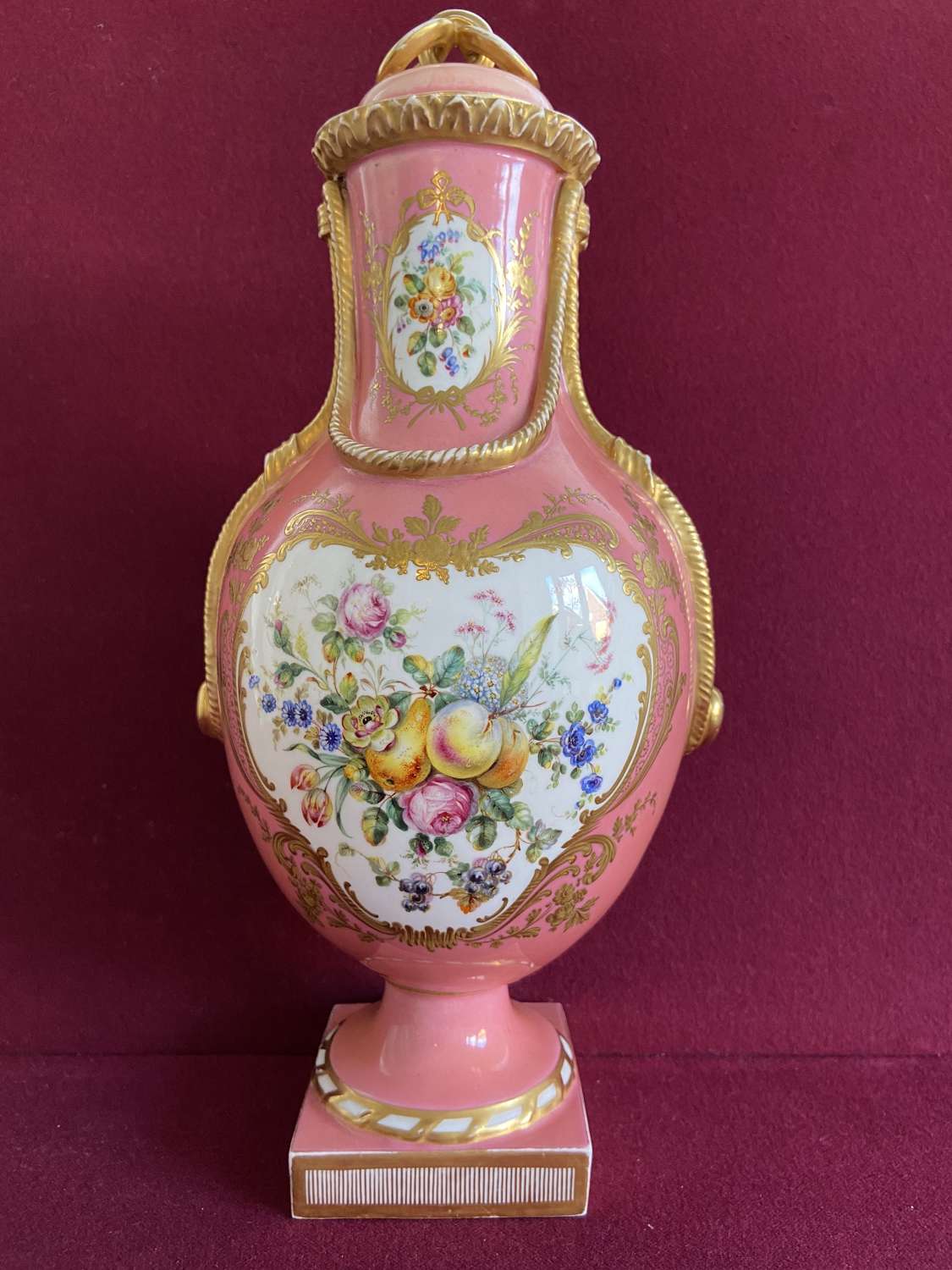 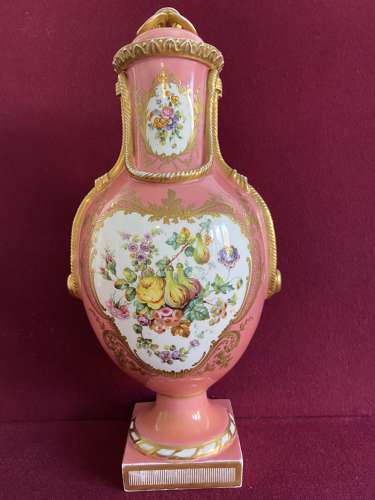 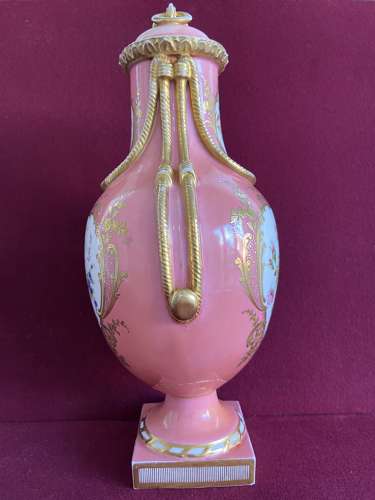 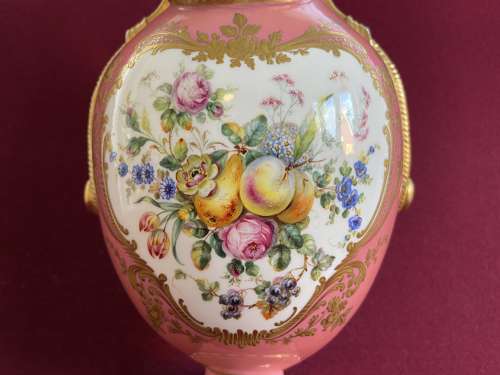 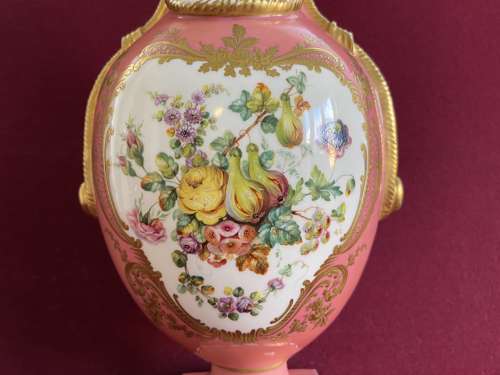 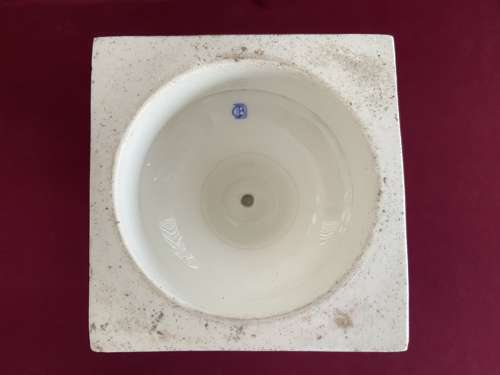 A large Coalport 'Coalbrookdale' porcelain vase c.1855. Decorated with finely painted panels of fruit and flowers by William Cook, reserved on a  'Rose du Barry' ground within elaborate raised and tooled gilt borders. The ‘Rose du Barry’ or ‘Rose du Pompadour’ ground colour is a delicate pink and was first used on Sèvres porcelain in the 1750s and revived in England in the nineteenth century.  English porcelain factories, such as Coalport, catered for the enthusiasm for eighteenth-century porcelain of French and German factories such as Sèvres and Meissen, with their extravagant forms and bright sugary colours.

Painted monogram mark CBD in blue to the vase and underneath the lid. This mark was used between 1851 and 1861

Condition: Some rubbing to the gilding in places but no damage or restoration