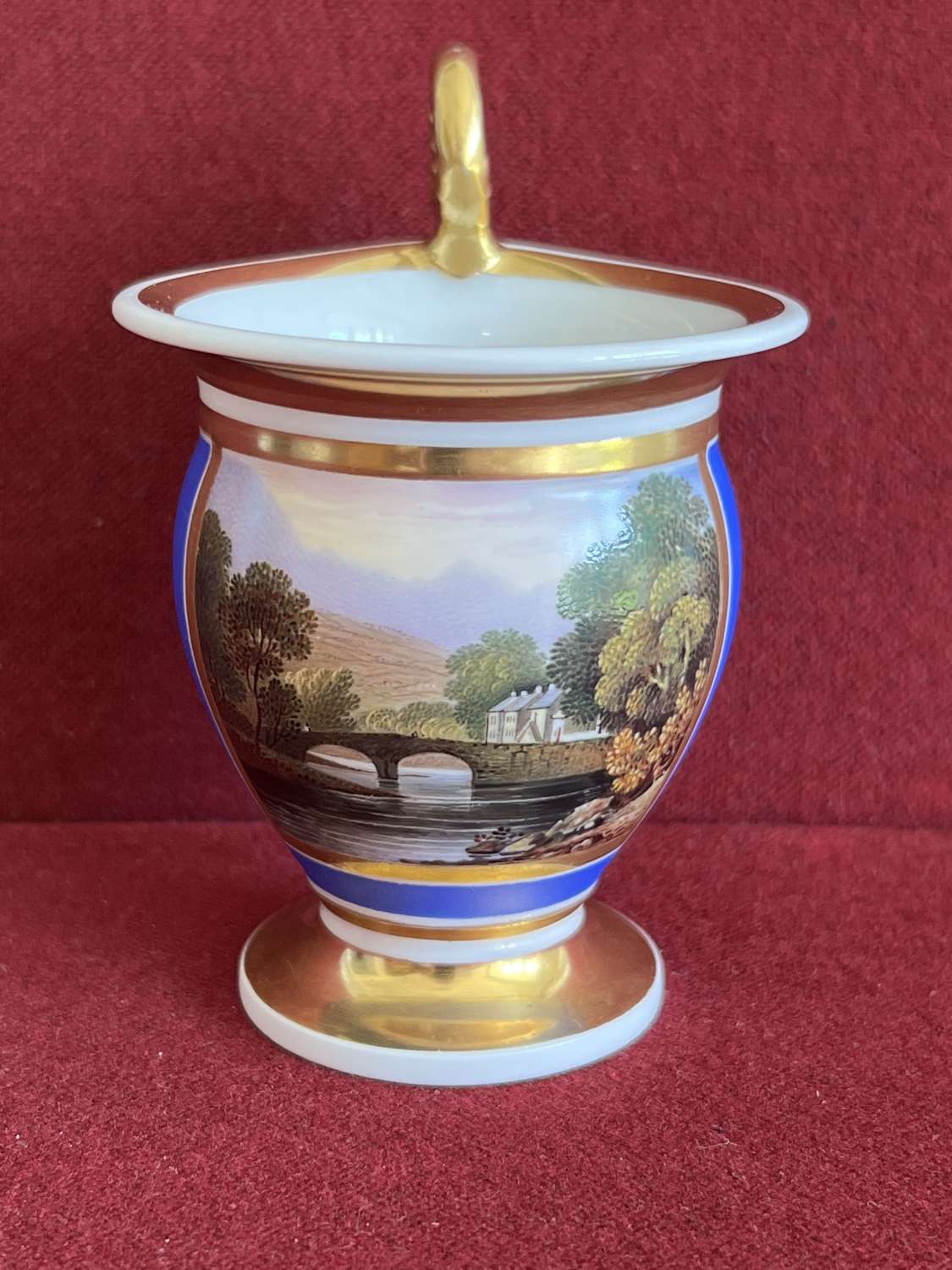 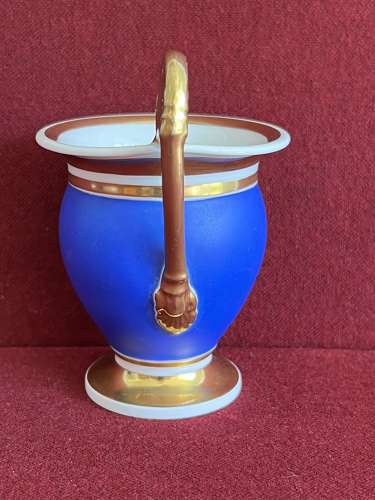 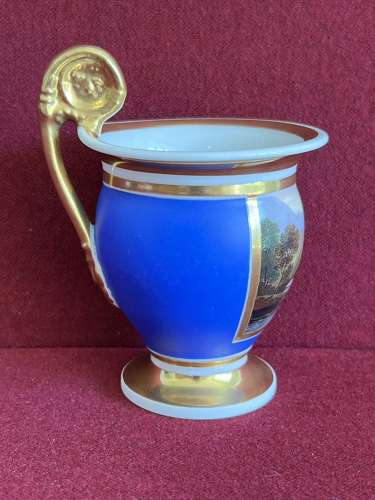 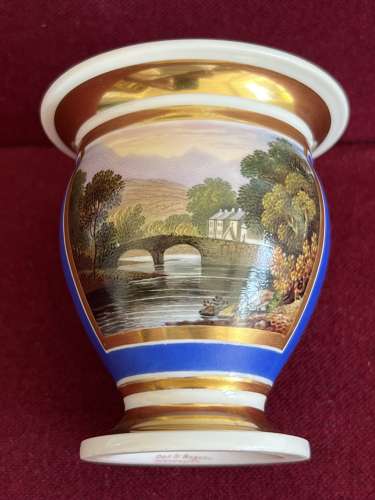 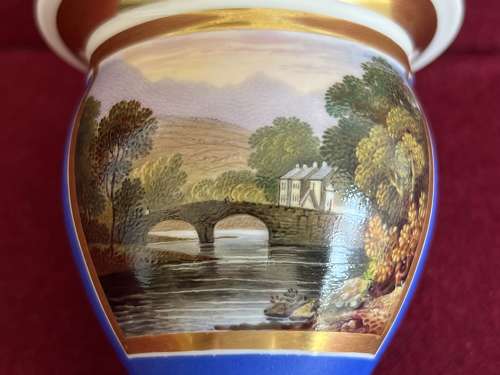 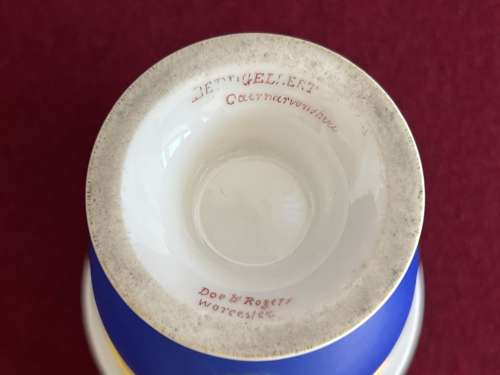 A rare Worcester Porcelain Cabinet Cup of French Empire shape decorated by Doe & Rogers c1820. 20. Decorated with a very finely painted titled scene of Beddgelert Caenarvonshire on a matte blue ground. Marked in red to the base Doe & Rodgers. The quality of the porcelain is similar to Chamberlain Worcester's Regent China body introduced in 1811.

Almost certainly painted by Enoch Doe who was an artist painter and outside decorator who worked in an oil painting style.  He joined George Rogers senior in 1820 in an outside decorating established at 17 High Street, Worcester from the 1820s until at least 1835 when George Rogers senior died. The partnership specialised in landscape panels on coloured grounds with raised gilding. Porcelain decorated by Doe & Rogers includes Grainger's, Coalport, Daniel as well as Chamberlain.