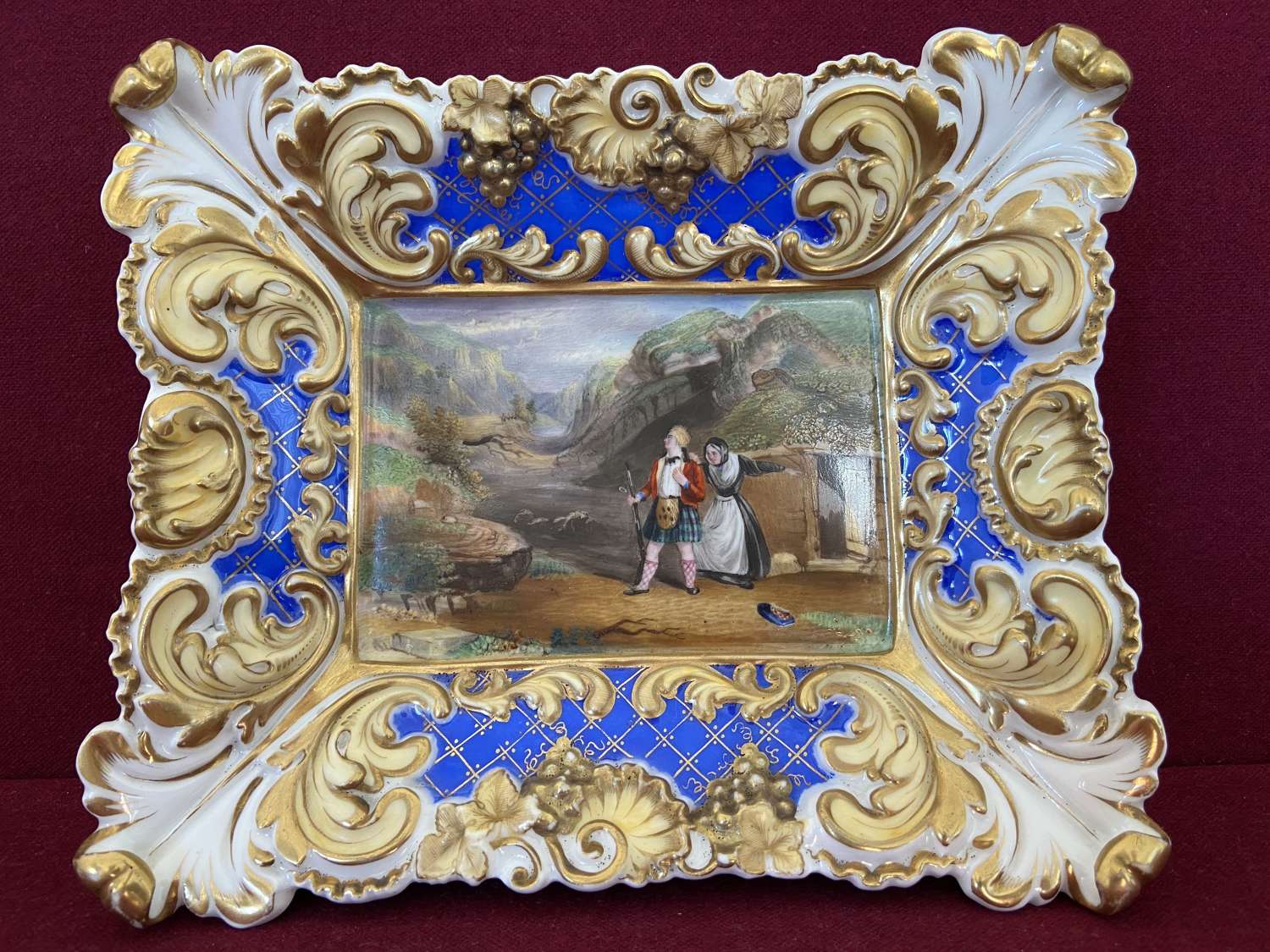 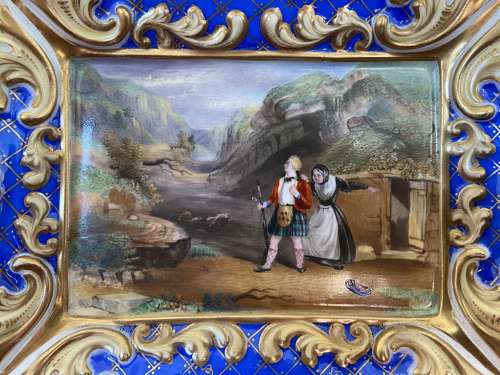 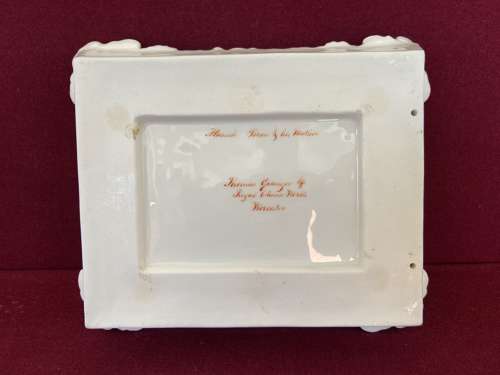 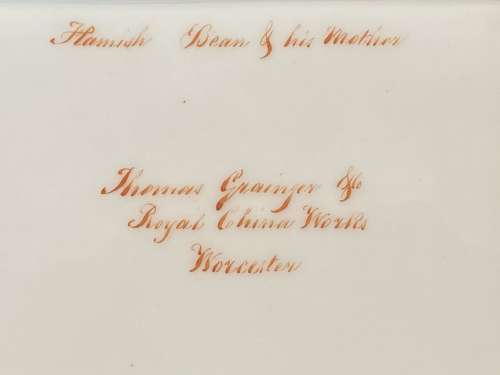 A rare Thomas Grainger & Co, Worcester plaque c.1837-39. The design of the plaque was much replicated in the 1820’s and 30’s but without the level of detail in gilt or moulding. Many of these plaques were rarely marked.

A version of the story of Hamish Bean and his mother also appearing in Sir John Carr’s 1809 publication, “ Caledonian Sketches”

Sir Walter Scott’s retelling of the story, “The Highland Widow” was published some 15 years later in “The Chronicles of Canongate”

John Sandon attributes the mark to the period 1837-39 after the departure of Thomas Grainger's business partner James Lee.