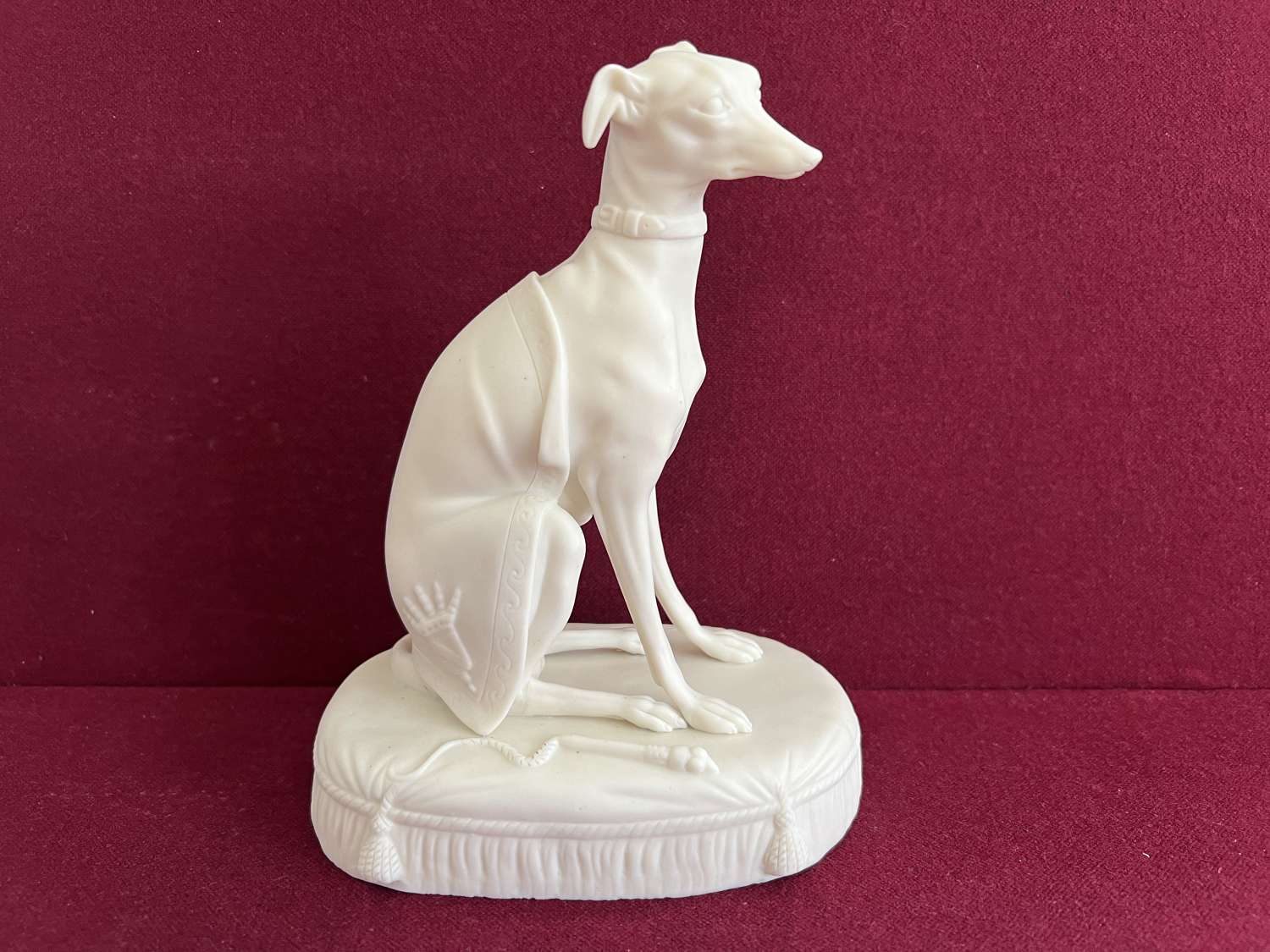 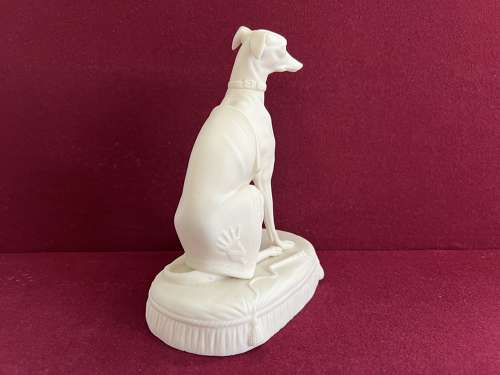 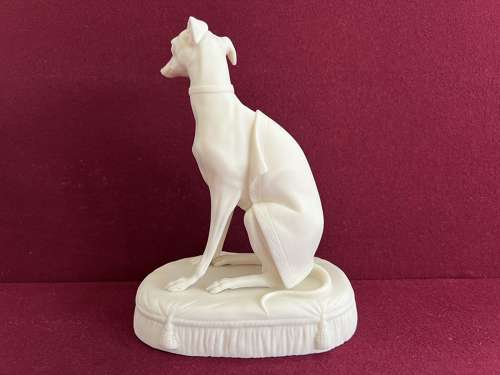 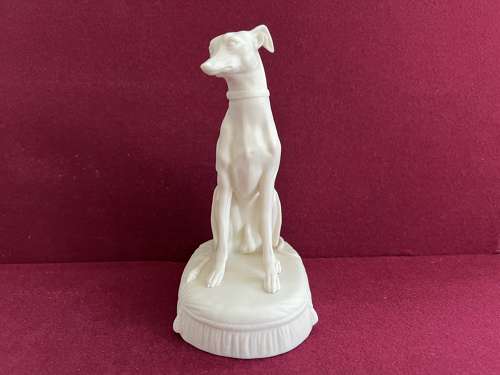 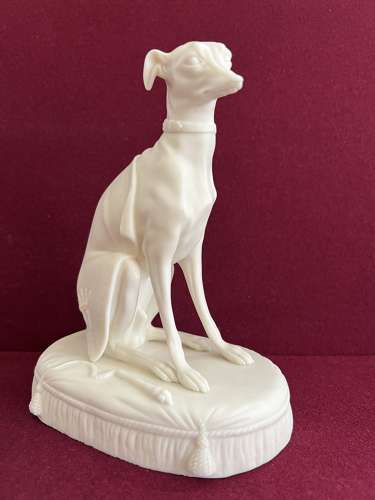 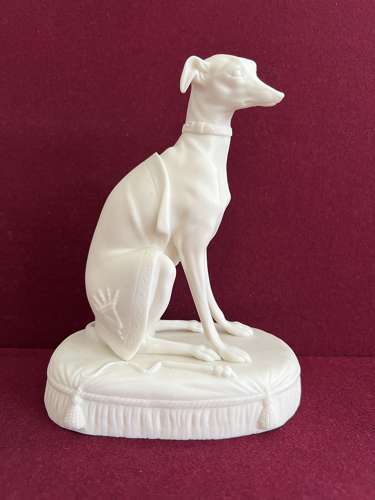 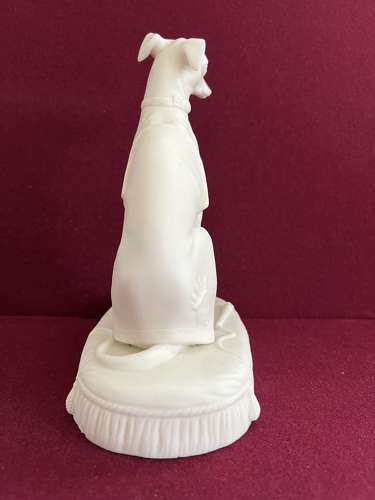 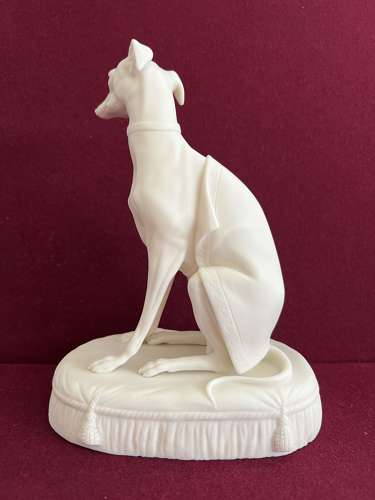 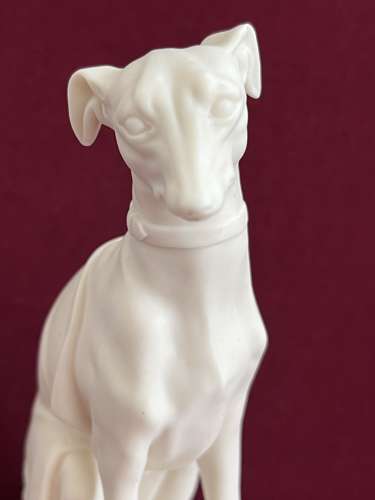 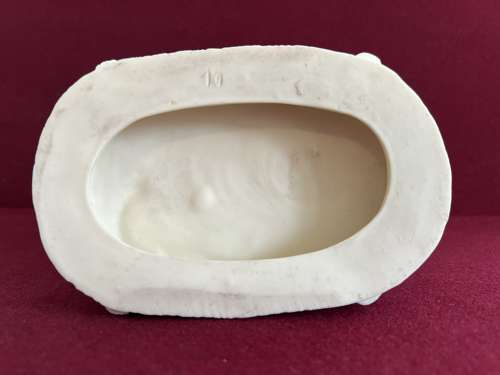 A rare, very finely modelled Parian figure of an elegantly poised Greyhound, seated on a tasselled cushion with a blanket on his back with amorial crest and a whip at his side.

Condition: A very shallow chip to the reverse of the cushion